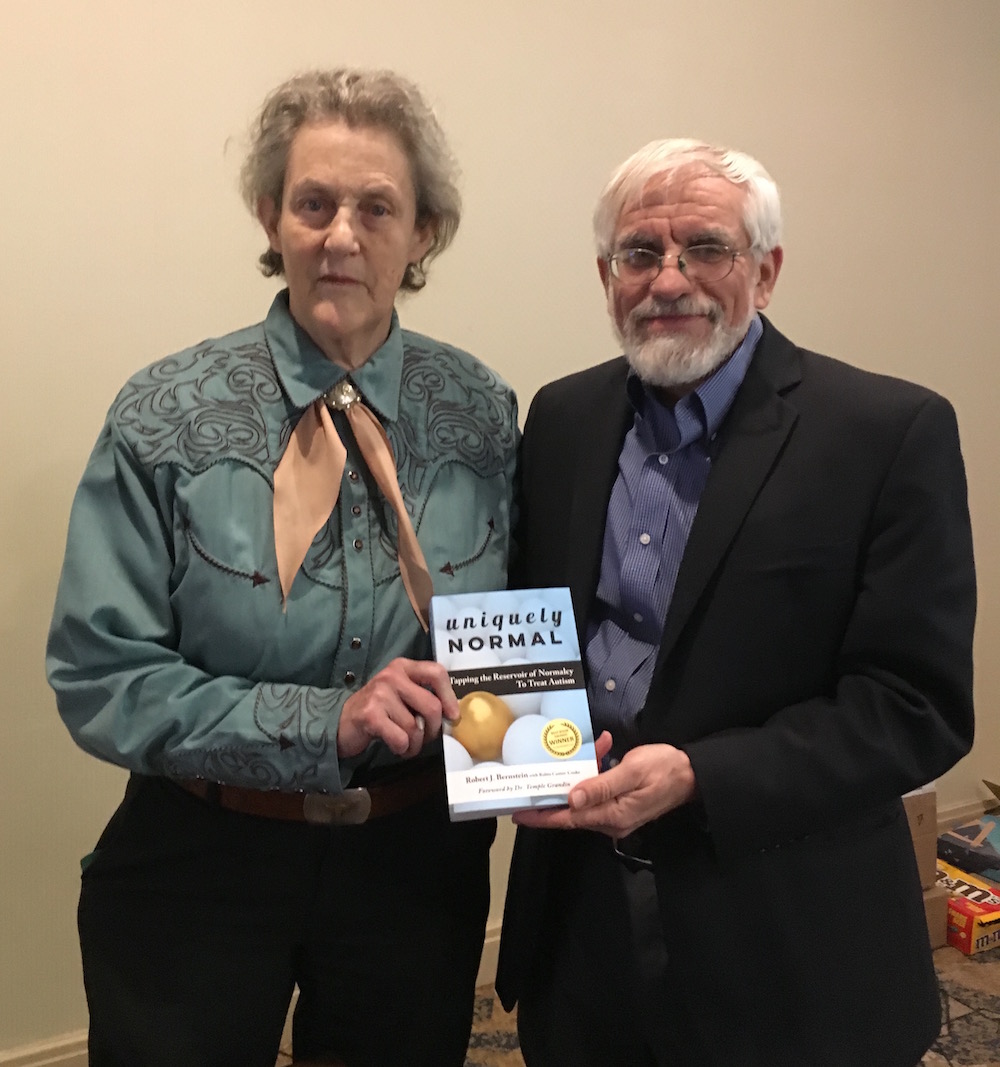 Above image: Temple Grandin (author of the foreword to Uniquely Normal) with Rob Bernstein.

Robert J. Bernstein’s critically acclaimed new book Uniquely Normal: Tapping the Reservoir of Normalcy to Treat Autism has been hailed as a game-changer.

Based on the author’s three-plus decades of experience in his New York practice treating children and adults on the autism spectrum, many of whom were nonverbal when they first came to his office, Uniquely Normal offers parents, teachers, and professionals an alternative to Applied Behavioral Analysis (ABA) therapy.

Well-known for his ability to connect with those with autism spectrum disorder (ASD), an outgrowth of growing up with an older brother on the spectrum and learning how to recognize moods, emotions, and behaviors in someone who doesn’t think like him, Bernstein’s effective cognition-based approach follows three basic elements:

Uniquely Normal won the Gold Medal in the Psychology/Mental Health Category of the Independent Publisher Book Awards, which was up against the independent publishers such as the university presses. It also won a first place award in the category of Psychology/Mental Health from Best Book Awards. In addition, it was a finalist in Parenting and Family and won the Top Autism Assessment and Treatment Writer award from Autism Parenting Magazine for 2017. The latest award was a gold medal from the Next Generation INDIE Book Awards in the category “Parenting and Family.”

Uniquely Normal will provide readers with lots of practical ways to work with the full spectrum of individuals with autism. ~ Dr. Temple Grandin, author of Unwritten Rules of Social Relationships

Bernstein has mapped out a practical path for parents to increase the skills and independence of kids on the autism spectrum while respecting their ways of experiencing the world, supporting their autonomy, and avoiding the traumatizing methods of ABA and other purely behavioral approaches. ~ Steve Silberman, author, Neurotribes: The Legacy of Autism and the Future of Neurodiversity

Robert Bernstein is one of the smartest, most perceptive people I know. No matter where someone falls on the scale of normal, Bernstein finds a way to connect. ~ Will Shortz, Crossword Editor, The New York Times